ap·pre·ci·ate
1. recognize the full worth of.
2. understand (a situation) fully; recognize the full implications of.
moth·er·hood
noun
1. the state of being a mother; maternity.
2. the qualities or spirit of a mother.
3. mothers collectively.
adjective
4. having or relating to an inherent worthiness, justness, or goodness
that is obvious or unarguable.

Life with our 18-month-old

It’s time for an update on our cute toddler and all the cute things he’s doing. Combined with the fact that we have a little one on the way, things have been pretty exciting around here.

Talking: He has SO many new words. It’s so fun when he learns a new one because then it becomes his favorite for a little bit. In no particular order, he says hi, bye-bye, yeah, no-no, daddy, mommy (!), uh-oh, what?, “choo-choo” (which his word for train, car, truck, and anything that produces loud noises like garbage trucks), shoes and “dok” (socks), hat, dog, bear, baby (my favorite), eyes, ear, “bun” (for belly button), he attempts mouth (all other body parts he just points at), water, juice, mum is still most food, cheese, bean, hot dog, bread, apple, “bleh” (for garbage), ball, “whee,” hot, “all done,” up, down, “yay!” keys, “but” (bike), “glawk” (clock), dice, and Jesus. He also has many animal noises, for sheep, elephant, monkey, cat, fish, cow, duck, owl, and anything that goes “Rawr,” (lion, dinosaur, etc.). This list does not do justice to how cute he sounds when he says all these things. 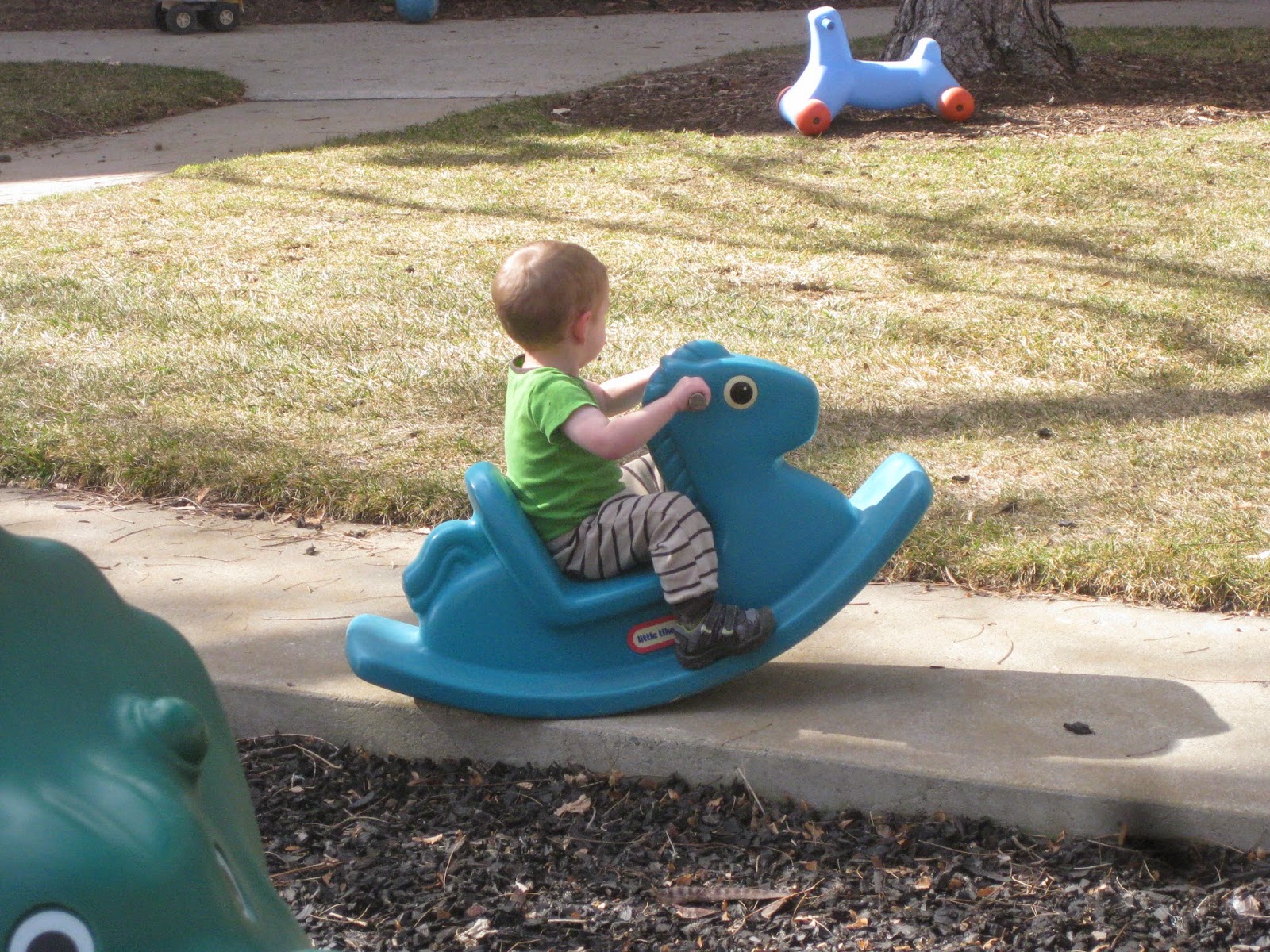 Music: He still conducts music and dances, but now he has some favorite songs he requests. They are “Popcorn Popping,” “Wheels on the Bus,” and “Do as I’m Doing.” He puts his hands to his eyes to ask for the first, and rolls his arms to ask for the other two (and then we have to figure out which one he wants). He is getting better at doing the actions with me, which is also the cutest thing ever to witness. For going to bed his favorite songs are “I Am a Child of God,” “I Love to See the Temple,” and “Love at Home,” though it usually takes many more than that to get him to fall asleep. He also enjoys the classical station while riding in the car. Combined with the fact that he tries to run to play the organ at church, I think we may have our own little Bach.

Physical Abilities: Of course running, climbing, throwing or kicking balls, and going down slides are some of his favorite things but right now my husband is trying to teach him how to jump. It is SO funny to watch the little guy try to jump. He also likes to take all the books off the shelf, though sometimes he places them into nice stacks. He likes making towers with his Lego blocks, playing inside cardboard boxes, and turning pages in books while pointing at and saying the things he can. 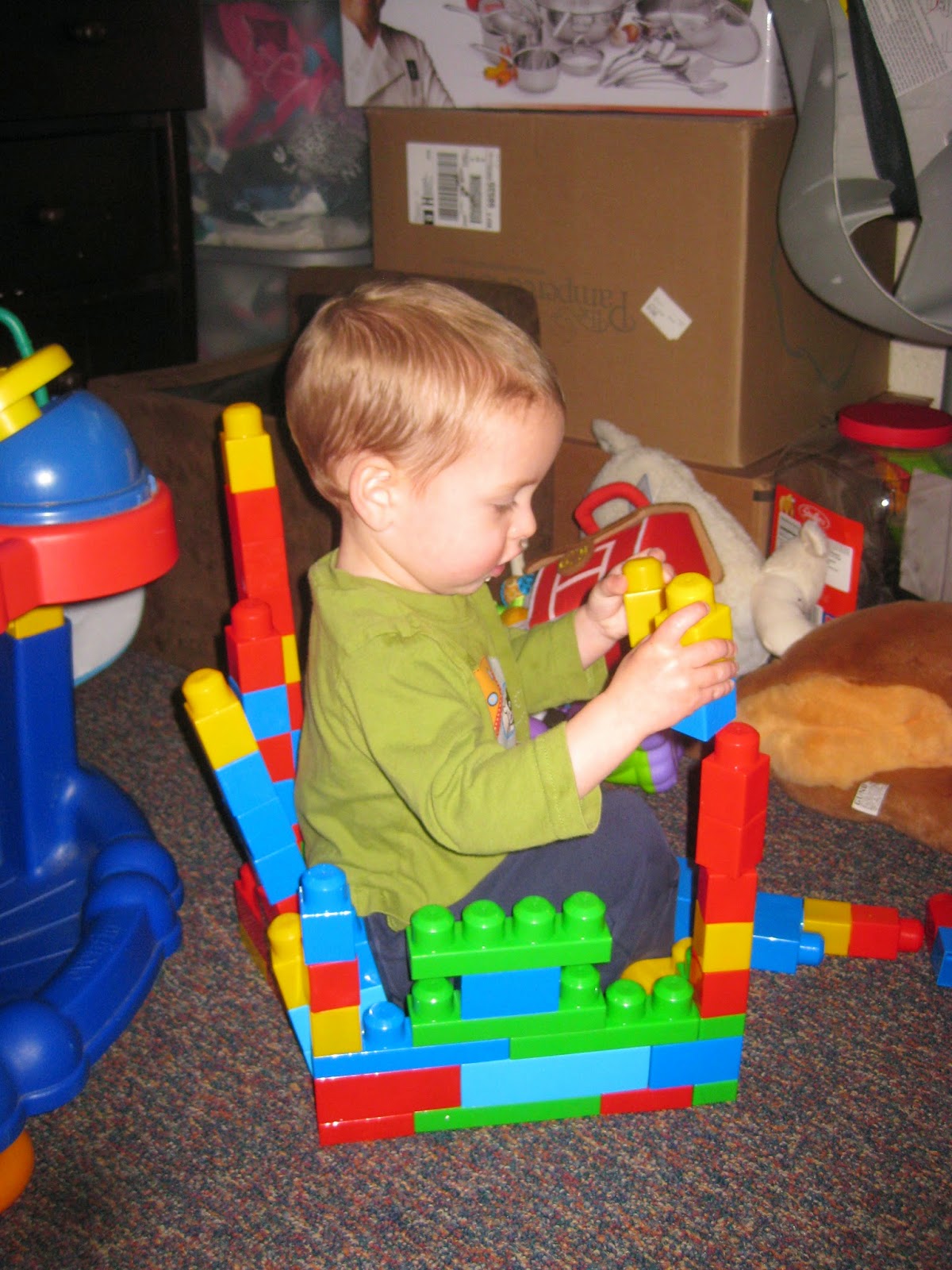 Affection: He still gives hugs and cuddles, but now he gives us kisses too! It is the sweetest. Not only does he give them to us, but without prompting he will give them to his stuffed animals too. Which is cute in and of itself, but the funny thing is with his little stuffed dog, he licks its face instead of kissing it! I don’t know if he got that off a YouTube video or what, but it is hilarious. On top of all that, he have a little stuffed doll that he will cuddle, but we also have been telling him about the baby in mommy’s tummy, and so now he hugs and kisses my tummy to love on that baby. It is precious.

We love our sweet little boy and we are excited for him to have a brother!

Posted by Allexis at 9:35 AM No comments:

Allexis
I'm a momma and I love it!